I was reading an article the other evening in Country Living (July 2019). It was written by a man called Joe Harkness and it was entitled Wings of Hope. His central question was “Can birdwatching benefit our mental health?”  He had had a breakdown a few years ago and, going for a walk near his home in Norfolk, he had seen a buzzard soaring above the trees. This sight had a deep emotional impact on him and it was the starting point for his recovery. In his book, Bird Therapy, he describes his recovery and the role that birds have played. He advises that it isn’t just the sighting of birds that is important but hearing the sounds as well.

It is a heartwarming story but, you ask, how is that relevant to you or me? Well, within the Water Meadows we have the opportunity to enjoy a whole soundscape. We are all aware of the history of this area and what a history it has been. We are all aware of the beauty. We see the wonderful colour palate of nature with the changing seasons. And yet I wonder how many of us are aware of the sounds of the Water Meadows? What about the slither of the adders, the buzz of the bees and the calls of the birds?

Despite my last blog’s mention of the six o’clock dog, most dog walkers have quiet, well behaved dogs. So they too should be able to hear the sounds of nature. How many birds are there in this area and how many different types? I have heard quite a few but seen fewer and recognised still fewer ; perhaps I have not taken enough time yet. I’m working on learning to identify by sound and I don’t always have my binoculars and camera to hand. What I do know, though, is that I get a huge amount of pleasure from listening. Several evenings recently, for example, I have heard the call of an owl. Almost certainly a Barn Owl. Is it alone ? I don’t know but I can say that its call is haunting.

Some weeks ago I saw a bird on our bird feeder which I thought I recognised. But it was a little too big for a blue Tit and the tail was a little too long. Out came my bird book; I had seen my first Yellow Wagtail. Wow! 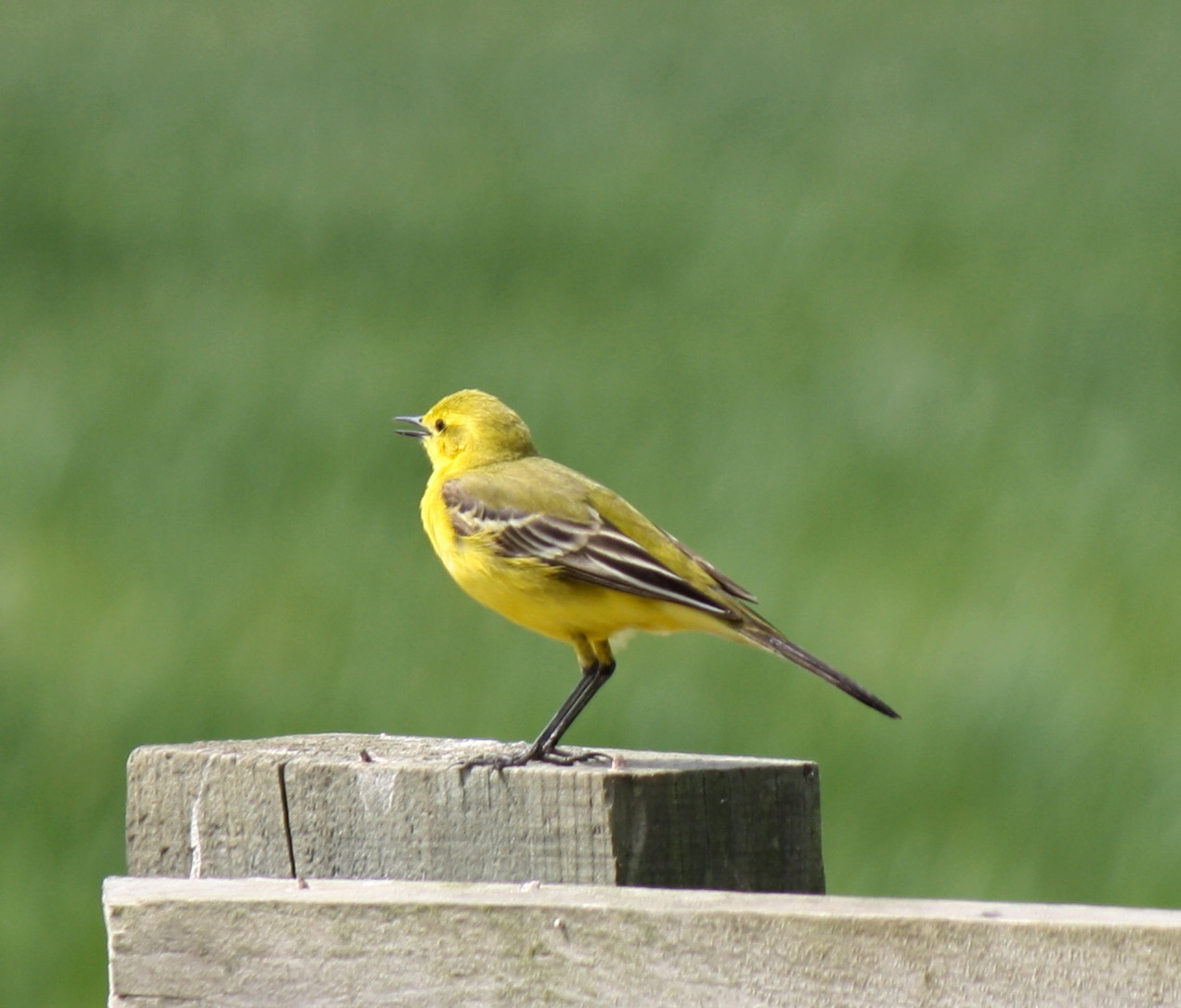 “Yellow wagtail” by jans canon is licensed under CC BY 2.0

Several people have seen the egret. Perhaps there are more than one but I can report only one in the last few months. It is the large white bird which has been seen wading in the River Linnet. It has also been seen at the south end of No Man’s Meadow as well. But no one has reported hearing it or, indeed, seeing a pair this year (see video taken last year, from the Crankles).

I can report having seen robins, wrens, blackbirds, blue tits, coal tits and long tailed tits. And, of course, pigeons as well as mallards, moorhens, pheasants and magpies.

It would be good to hear of any other sightings, especially of hawks, owls and birds of passage. The big migration south is underway. I would like to keep a record of sightings (and hearings) so that we can keep track of bird and animal life and I would welcome all the help I can get. I can be contacted through the website.

Going back to the egret I mentioned three paragraphs ago, I was talking with another member of the Volunteers group last Saturday (5th October); he was telling me that in recent years there have been as many as four egrets on the Water Meadows and No Mans’ Meadow. I wonder if there is any significance in this decline?

We had a very successful Volunteer Group activity last Saturday. There was no rain. Thank goodness we did not have the activity the following day since we would have been washed out. As it was, it was warm and pleasant. The nine volunteers set to and we completed our goals. First, there was a tool sharpening exercise using the new tools. That was energetic and the results were satisfying and effective. Second, we cleared the Water Meadow of the material we had cut a couple of weeks ago and left to dry out a bit. It was stacked up a couple of yards away from the path that runs alongside the River Linnet. As we emptied the wheelbarrows it became obvious that we had helped a lot of invertebrates move home as well. Hundreds of tiny spiders as well as centipedes, earwigs and others too numerous to count, or even identify, moved on to inhabit the newly created compost pile. In a tree nearby, a robin gave us a round of music. How can such a small bird generate such melody and volume?

Apparently a wicker fence will be built to contain the mountain of material later this year. Aesthetically, it will be attractive as well as functional. We are looking forward to getting a lesson in willow fence making at the same time.